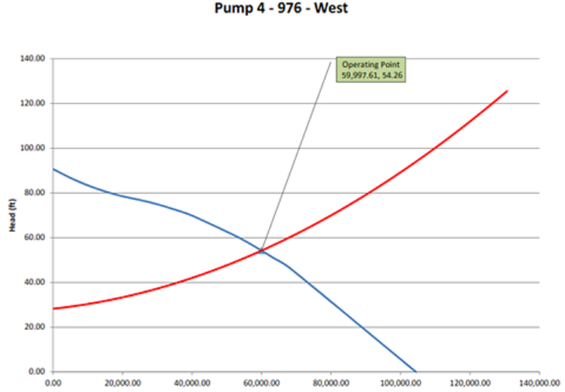 The reliability of the drives has become an increasingly significant factor in the plant’s risk of failure, as the factory no longer supports the system, and parts and service are otherwise unavailable.  This limitation is now critical, as one drive unit is now inoperable due to needed repair.  Because a failure of the system would result in a sanitary sewer overflow (SSO) and could potentially impact human health and the environment, addressing the risk of drive failure is a critical need.

GreenPoint Engineering performed the evaluation of risks, and the subsequent design to mitigate the system risks and to correct deficiencies.  GreenPoint’s evaluation concluded that the most cost effective step towards of reducing both the risk of failure and the energy consumption of the system is to replace the three 250-hp pumping systems’ slip energy recovery drives to the more reliable and serviceable variable frequency drives (VFDs). 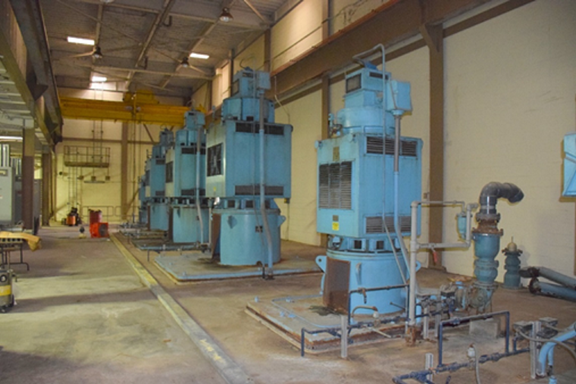 GreenPoint Engineering was subcontracted to perform a hydraulic analysis of the New Orleans Sewerage and Water Board’s Final Effluent Pump Station (EPS). The station consists of two 1,000-hp and three 400-hp pumps, and has peak capacity of 233-million-gallons per day (mgd) or 360-cubic-feet per second (cfs).

GreenPoint prepared a model of the existing pump station including pumps, valves, fittings, piping and discharge conditions to determine the maximum theoretical capacity as well as operational requirements, power requirement and pumping costs during average daily flow scenarios. GreenPoint used this model to determine the viability of alternatives to improve hydraulic performance and efficiency, including:

The investigation concluded each of the alternatives would increase capacity, and projected the horsepower requirements under each scenario.

The study also concluded that by separating the parallel 66-inch and installing a vacuum priming station, the facility would reduce annual operating costs by approximately $200,000 due to the nearly 21-foot decrease in static head at the discharge effluent.​​ 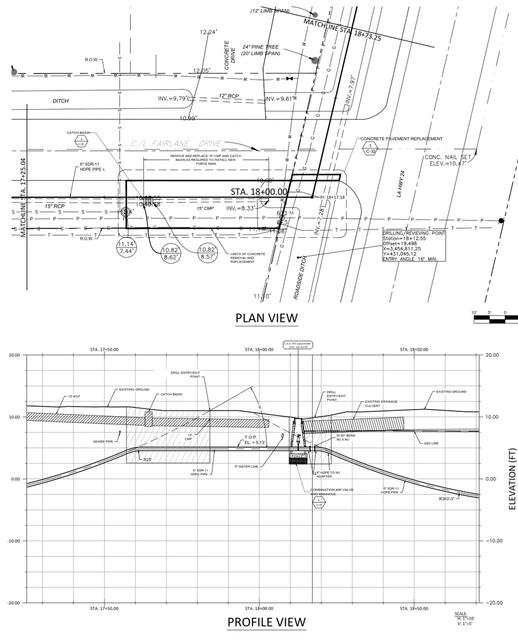 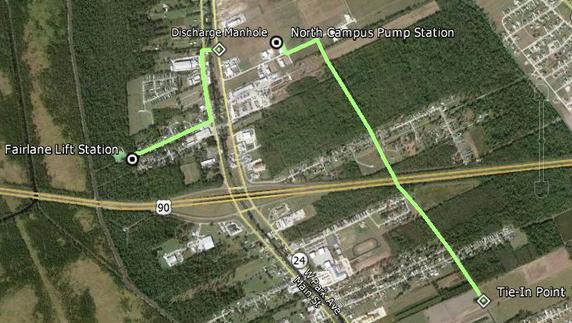 GreenPoint provided design and supplemental professional services for the extension of the Terrebonne Parish wastewater system to the community of Gray, a fast-growing community in northern Terrebonne Parish that has experienced accelerated growth in the years since Hurricanes Katrina and Rita.  The project included the design of a new variable speed 1,700-gpm pump station, de-commissioning of an existing treatment pond and re-routing its flow to the new station, rehabilitation of an existing lift station and the design of over 11,000-ft of new 6-inch and 14-inch HDPE force mains tying the consolidated facilities to the Parish’s North Regional WWTP.  GreenPoint also prepared the Disaster Recovery-CDBG application, all necessary permits, the required Environmental Assessment and Environmental Review Record and CDBG-compliance support.